Suscribe to our newsletter

Suscribe to our newsletters 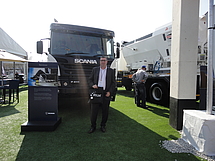 2015: SCANIA was choosing IRIUM SOFTWARE’s DMS to equip its French distribution network. Thanks to our expertise in new and second-hand vehicles distribution and repair sectors, SCANIA has finally chosen IRIUM software amongst many other European software. In total, IRIUM’ software will be used by more than 400 users for around 32 SCANIA sites in all the country. A great project to achieve for both the companies…

Two years later, the installation of IRIUM’s DMS is almost completed. Since it started officially in 2016, we are now able to share some concrete information about how IRIUM software’s implementation in SCANIA’s national network is progressing and what are the great successes.

1. Which functionalities are the most used and requested by SCANIA users?

The workshop, the warehouse and the new or second-hand vehicles shop are managed in an interconnected way for an optimal use.

“We noticed that SCANIA users are using all the workshop module functionalities in an extensive way:  from the graphic workshop planning to the barcode pointer and the wifi barcode reader to scan the parts… Each of these functionalities are used daily by SCANIA’s teams in order to optimize their workshop management. It’s a real pleasure to work with advanced users such as them” explains Patrick.

But numerous interfaces are also connected to the ERP…

According to Patrick, more than 20 interfaces have been developed and installed since 2018, among which we can name: the vehicles mileage reading, workflows management, SCANIA’s parts exploded view (multi) in which we can also find a list of the parts and a time scaling, the automatic debit of the oil volume work order from the oil distribution terminal…

“Interfaces enable the workshops to connect IRIUM’s DMS to the manufacturer’s IT tools in order to save a precious time and to avoid mistakes and useless re-entries. In SCANA’s case, all interfaces that can be automatized are automatized, so that the management system can meet the manufacturer’s expectations as fully as possible. Every night, IRIUM database is updated by different automatic processes, with no need of any user’s intervention. Parts and replacements update, order creation and invoices import are concerned by this automatic process.”

Interfaces never stop to improve, to give to SCNANIA advanced solutions that are entirely dedicated to the users’ job.

2. What are the major changes for IRIUM SOFTWARE’s DMS new users?

“The management of the alerts has changed a lot for the daily users. It has enabled them to follow their tasks with more efficiency, especially when it is used together with the workflows management tool. Implementing workflows in a business allows controlling an order when its amount goes beyond the amount previously defined. An alert is activated as soon as the order is validated so that the user can continue dealing with it.” Patrick tells us.

If a site sends parts to another site, during their transfer, the recipient is able to see on his screen that some parts have been sent to him. He already knows that he will receive something very soon. When the parts are received, the stock can be updated in just a click. 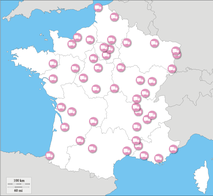 In total IRIUM SOFTWARE product will be installed in 32 sites all around the country and will be used daily by 400 users.

Thanks to SCANIA users and to the manufacturer for their trust and their involvement during IRIUM SOFTWARE implementation.

These articles on the theme: Press